The Music From Riverdance 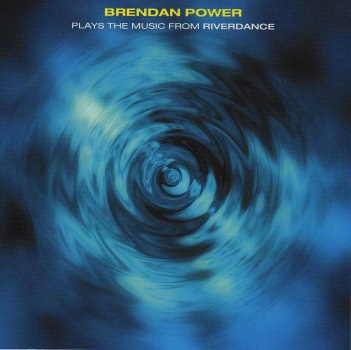 In 1995 a new dance show called Riverdance broke all records at the Point Theatre in Dublin. Along with the flamboyance of Michael Flatly and the massed troupes of Irish dancers, the music of composer Bill Whelan instantly captured the public imagination; the official album sold like hot cakes, and Bill was eventually awarded a Grammy.

The button accordion player in the original show was Mairtín O'Connor, a gentle man with a great sense of humour, and an outstanding musician who is much loved in his native country. He was very interested in the affinity between the small Irish button box and the harmonica, and we always swapped a few licks whenever our paths crossed at gigs etc. However, it still came as a big surprise when he asked me to do the first London run as his stand-in.

Though a harmonica wasn't intended for the part, because of the similarity of tone to the box it seemed to fit, and eventually when Mairtín left the show for good I got offered his seat. I toured with the show for three more years, for the last two doing a solo spot on stage as well as the orchestra seat. It seemed to me early on that there was scope to do a stripped down recording of the music, more in a traditional Irish style, without the big keyboards, strings and percussion sound of the official album - and featuring the harmonica as the lead voice.

Bill gave his permission, and this album was recorded in late '96 in London. It is licensed to the Scottish label Greentrax, as well as JVC in Japan and Jayrem in New Zealand.

The Riverdance music was a real tough challenge to play on harmonica, and I found the only way to do it in a convincing and flowing way was to come up with some quite bizarre tunings, often specific to just a single tune. I'd never use them in any other context, but they did the job on the gig. Most of the album is recorded using half-valved chromatics.