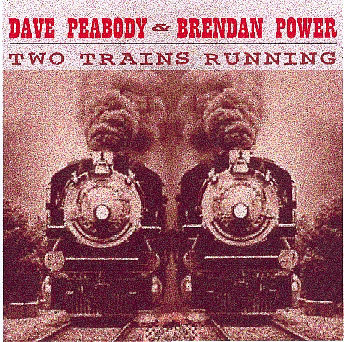 British Blues singer/guitarist Dave Peabody and I played and toured together in the mid-nineties, before Riverdance intervened. Dave is a real stalwart of the British Blues scene, highly regarded for his encyclopedic knowledge of all things Blues as well as his authentic playing and singing styles (close your eyes and you'd swear he was from the Mississippi - not London SW4). He has a parallel career as a music photographer, being one of the house photographers for World Music bible Froots magazine, and is much in demand for album cover shots and promo photos. You can see his work on the cover of New Irish Harmonica. Hearing Sonny Terry play blues harp was my inspiration to play harmonica, and I still love to play straight ahead, no-nonsense Blues. It is so relaxing playing Blues with an old pro like Dave, and I think that feeling is reflected on this album - one of my favourites. It was recorded live in a couple of evening sessions in 1995 at Andrew Cronshaw's home, and released by Indigo Records in May 2000.